Posted by Anders Göranzon at 21:39 No comments:

I wrote the blog post "Moving" on 4 July this year. Today I am writing "Moving 2". The meaning behind this is simply that our belongings from South Africa have arrived. After almost 3 months. Mostly on a ship but also on trucks.

Almost nothing was broken. Thank you, Crown relocation. 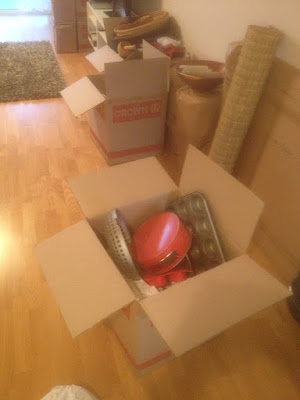 Posted by Anders Göranzon at 19:31 No comments:

The SACC “back on its feet”

Every week I get a newsletter from the World Council of Churches (WCC). AS far as I know anyone can do that. Try this link: WCC news!

Last week I found interesting news about the South African Council of Churches. This is the organisation I focused on in my PhD thesis. It was a vibrant and important ecumenical body during the fight against apartheid. After the demise of this evil system the SACC has had difficulties to find its raison d’être and in 2011 the organisation, according to the newsletter from the WCC, closed down.

Since then the SACC has renewed its organisation. I wrote a blog post about this on the 26 February 2014.

It is good to see that things are happening. The news now is that the head office in Johannesburg has reopened. It is located in Khotso house. (Khotso means 'Peace' in seSotho).

The reason for the update from the WCC is that a meeting was held in Geneva, Switzerland, on the 16 September, between the leadership of the SACC and the leadership of the WCC. Rev. Dr Frank Chikane, who is the senior vice president of the SACC and Bishop Malusi Mpumlwana, SACC’s acting general secretary, met with Rev. Dr Olav Fykse Tveit, general secretary of the WCC, and Dr Isabel Apawo Phiri, associate general secretary of the WCC. (Isabel was the dean of the School of Religion, Philosophy and Classics just before I moved to South Africa)

At the meeting, the WCC general secretary said:

Many regional and national councils of churches have gone through problems, but we are working together to strengthen the fellowship. We need a strong SACC to grow in the ecumenical movement.

I am especially glad to read that the SACC was established in 1936. Usually the year is set to 1967 or 1968. The reason for this being a name change from the Christian Council of South Africa (CCSA) to the South African Council of Churches (SACC). The organisation also got a new constitution in 1968.But it remained the same council established in Bloemfontein 1936. I have argued that the organisation is the same in my PhD thesis. It can be found on line. The link is here. Read page 100-103.

Personally I would have appreciated a more thorough remake of the council. Possibly with a new name. And with a broad invitation to all churches in South Africa to join. Maybe the latter has happened. If so it is outside my knowledge.

Posted by Anders Göranzon at 08:02 No comments: 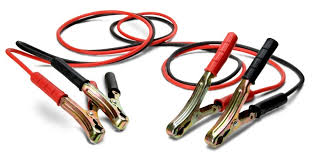 Posted by Anders Göranzon at 22:35 No comments:

Make safe the road from Jericho to Jerusalem!

In the shadow of Elmina Castle, the stronghold used by European slave traders on the Cape Coast of Ghana …

A consultation of Christians, studying the Bible, praying, worshiping and listening to God and one another met in Ghana some time ago. They met to listen ...

... to the stories of individual Christians who have struggled to form their consciences and deepen their faith in churches that frequently deny the very humanity of lesbian, gay, bisexual, transgender and intersex (LGBTI) people.

I was touched by the statement that came out of this gathering. The parable of the Good Samaritan (Luke 10:25-37) was a key text that the group studied.

The call to the Anglican Communion (but I take it as a call to the Universal Church) is to serve as ...

... places of sanctuary for those who live under the threat of violence for working on behalf of the gospel. We understand this group to include LGBTI people, women and men living with HIV, ethnic, racial and religious minorities on both continents and those who are potential victims of gender violence.

I was especially moved by the end of the statement (which can be found on the website of the Ujamaa Centre for Biblical and Theological Community Development and Research at the University of KwaZulu-Natal in Pietermaritzburg in South Africa.

And because we understand that the church must not only act as Good Samaritans to those who are robbed and beaten but also work at the systemic level to make safe the road from Jericho to Jerusalem that is walked by everyone who strives for just and fair societies and full inclusion in the Body of Christ, we pledge to work collaboratively in opposing the legacy of colonialism and its present day manifestations, to stand against all principalities and powers (Ephesians 6:12, Romans 8:38-39), and to understand that these evils are rooted in ideologies of power and domination that have no place in the church or in our societies.

How can we help each other to make safe the road from Jericho to Jerusalem?
Posted by Anders Göranzon at 09:28 No comments:

Posted by Anders Göranzon at 21:25 No comments:

Posted by Anders Göranzon at 22:11 No comments:

We always enjoy being on the west coast of Sweden. The second largest city of our country, Göteborg (Gothenburg in translation), is friendly and has always been multicultural. People traditionally have a good sense of humour. Unfortunately I have to avoid sharing some of the jokes. They are usually impossible to translate to another language.

We went there on Friday and spent a nice evening with my eldest brother and his wife. Saturday morning we joined the Lerum Parish and their two buses headed for Åh Diocesan Conference centre. The parish, where my brother serves as Rector, went for a Parish outing with games, food and workshops. We ended with a Holy Communion service.

Two things are important to mention (among others). First, we had promised prayer, contextual bible study, singing and dancing in our workshop. Swedish people generally describe themselves as stiff (when it comes to dancing) and shy (singing or praying). This was, however, not our experience yesterday. I was so happy to see the participants, especially some elderly ladies, and their excitement about dancing and singing. When we asked everyone to say a prayer, somebody said loudly:

Now it will become silent!

Second, the concluding Eucharist service started with dance. A group of children and their leaders danced in front of the altar and we were invited to take part.

After spending the evening with good friends, we joined them for the Sunday Service in Bergsjön Lutheran Church. Bergsjön is a well-known part of Göteborg. There are many social problems there. People from more than 100 nationalities live there and there is a lot of poverty and unemployment. The congregation functions very well in this context. Part of the Church is a second hand shop. The congregation also give all kind of support to immigrants in general and refugees in particular. There is a clinic with medical doctors, lawyers go there voluntarily etc.

Before the service started we took a short walk in the neighbourhood and paid a visit to the Syrian Orthodox Church where our host-family have friends. It's an impressing church. But we did not stay more than a few minutes before we walked back to the Lutheran Church.

So, we enjoyed a High mass with lots of nationalities and prayers in Arabic and Tigrinya as a complement to Swedish.

This weekend gave us so much. Meeting family, friends and people who come from other parts of the world – it is so enriching.

Posted by Anders Göranzon at 16:17 No comments:

Posted by Anders Göranzon at 15:29 No comments:

Posted by Anders Göranzon at 15:12 No comments: 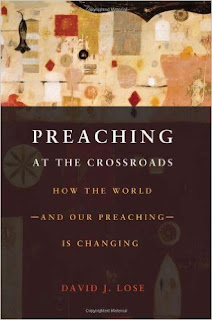 Posted by Anders Göranzon at 21:13 No comments: