Yesterday I watched SABC news (as I often do). Almost every evening a number of court cases are reported. Of course the most famous:

according to Channel 4 (where one can get the whole story).

Another well-known case is about Shrien Dewani who allegedly plotted to murder his wife, Swedish Anni Dewani, on their honey moon in Gugulethu, Cape Town in 2010. This case is still on. The Guardian have more on this.

The worst case, however, I saw yesterday. Ntokozo Hadebe was sentenced to nine life sentences plus 15 years. That amounts to 240 years. I cannot believe it. I mean, the sentence is probably fair. But how can a person do so much evil? He raped and killed three children in Diepsloot. Enca gives the full story.

Those three cases are definitely different. Shrien Dewani is not even found guilty, hence he is innocent. Pistorius was not sentenced to murder but the lower culpable homicide. Hadebe is sentenced and found guilty to such an extent that he will never become a free man.

This evokes a number of questions but one is nagging me: how can a person end up like this? What does forgiveness and reconciliation mean, when we talk about somebody who has committed this kind of atrocities?

I will not try to answer them. The parents of the murdered will never get their children back. It is probably unbearable. I am praying that they will find strength.

But I also pray that those who are either accused or sentenced will find some mercy, somewhere. I pray that prison warders will be able to show some sort of empathy.

The prophetic voice in South Africa

On my way back to Pietermaritzburg I read the Tuesday 28 October issue of the Star. On page 8 I found a column and on page 9 an article. They were equally interesting. Both contained the views of top, South African church leaders.

The column is written by Pastor Ray McCauley, who is the president of the Rhema family churches. He is furthermore co-chairman of the National Religious Leaders Council. His column is a response to a call from South Africa’s Finance Minister, Nhlanhla Nene, that South Africa must “take the pill now or risk an economic disaster later.”

McCauley is totally in agreement with the Finance Minister and ends his column:

Let us support Nene and take his medicine. It is for our collective good.

First of all it is interesting that this evangelical pastor, leader of a prosperity gospel church, involves himself in the political life of the country. This is however nothing new. It is a well-known fact that McCauley is a supporter of the present government. The column makes this even clearer. He is in fact telling the readers of the Star, that they must be prepared for budget cuts across ministries and departments. He does say that higher income groups must pay more. But not with a single word does he mention corruption.

The article on page 9 is different. It is an excerpt from the Beyers Naudé Memorial lecture delivered by the Anglican Archbishop Thabo Makgoba. In his lecture he speaks out against corruption and he does that quite frankly. He insinuates that President Zuma regards corruption to be a crime only in a Western paradigm. And the archbishop mentions Nkandla in this context.

In fact, Archbishop Makgoba points out corruption as the major threat to democracy. And he makes no secret about the President being one of his main targets.

There are some similarities between the two texts I am referring to in this blog post but the differences are over whelming. Makgoba belongs to a mainline church. McCauley to a fast growing, charismatic church. President Zuma, contrary to his predecessors, clearly has turned to those new, denominations and they welcome this. Hopefully this will path the way to a new need for the South African Council of Churches as a strong prophetic voice in the country. I hope that they will reorganise the council, change the constitution and maybe also the name and arise like a Phoenix from the ashes. I also hope that Thabo Makgoba will be the president of such a resurrected council. And why not having Ray McCauley as one of the deputy presidents? I believe that the future for the ecumenical movement lies in cooperation between all Christians.

Having said this I also need to add, that there should also be women in a top leader position. Right now only men are leading the council.


Posted by Anders Göranzon at 18:42 No comments:

With the help of four out of five children our summer cottage in Sweden was closed down for the season. Winter is about to arrive. South Africa: here I come!


Posted by Anders Göranzon at 23:00 No comments:

Posted by Anders Göranzon at 13:05 No comments: 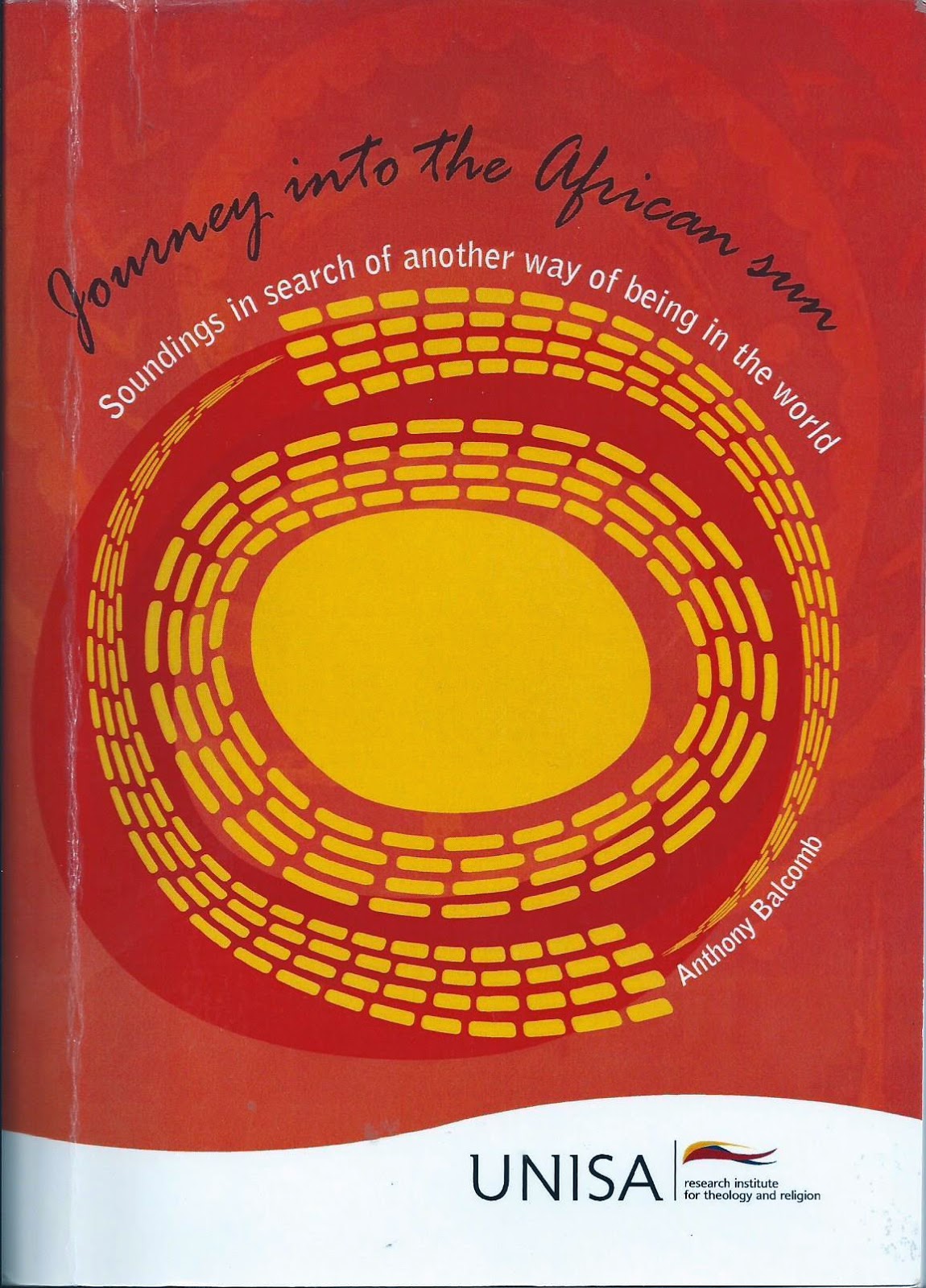 Journey into the African sun. Soundings in search of another way of being in the world.

Posted by Anders Göranzon at 19:15 No comments:

The Anatomy of Zionist Apartheid – A South African Perspective

We know too well that our freedom is incomplete without the freedom of the Palestinians.

But we know too well that our freedom is incomplete without the freedom of the Palestinians; without the resolution of conflicts in East Timor, the Sudan and other parts of the world.

Posted by Anders Göranzon at 10:41 No comments:

I was born 1960, married 1984 and have five children. I live in Uppsala, Sweden. I am a priest working as a teacher in homiletics at the Church of Sweden Institute for Pastoral Education in Uppsala. I am als an honorary lecturer at the University of KwaZulu-Natal, Pietermaritzburg in South Africa. 2002 - 2006 i lived in Bloemfontein where some speak seTswana. If you want to say priest in that language you say: 'moruti'.