Posted by Anders Göranzon at 14:03 No comments:

To understand this hash tag, one has to know about another hash tag:

I have written about this in a few blog posts last year. The students at the University of Cape Town (UCT), together with teachers and other staff members demanded that the statue of John Cecil Rhodes, in the centre of the UCT campus, had to be taken away. This was also done, after a short time of protests. The undercurrents were South Africa’s reflection on the colonial era and also a need for renewal of the reconciliation process. Even the role of Nelson Mandela (whose name is linked with Rhodes, in the Mandela Rhodes Foundation) was questioned.

The last month or so South Africa has seen similar protests, yet quite different. This time – and it is nothing new – the fight is about tuition fees. South Africa does not have extremely high fees but for most of the population they are still not affordable. According to what I hear, the country could afford free tertiary education. The ANC-government has, however, not opted for this route. It claims that the nation first has to roll out a social security system. The critiques say that this is not happening anyway. Many billion rand disappear into mismanagement or corruption. (Read more about this on the blog of my friend and colleague, Hans Engdahl).

This time the different universities had informed students about an increment of fees for 2016. About 6 %, which I think is equal to the inflation. The students did not want this. So, students took to the streets. In almost every university town! This Thursday and Friday the University of KwaZulu-Natal therefore decided to close the University.

Some of UKZN-colleagues were marching with the students and yesterday evening I got first-hand information from the protest march in Pietermaritzburg. It had been a very peaceful march. The police had been there and acted in a helpful manner. A few minor incidents happened. Like some students who started to through empty plastic bottles over a fence onto the Provincial Legislature Building. Those were directly stopped by the organisers, who directly expressed that this was a peaceful demonstration.

There is a widespread support in South Africa for the students this time. The ANC has promised free education long ago and it does not happen. The minister of Education, Blade Nsimande, really made a mistake by trying to joke and say that the students must fall. By the way, he is the General Secretary of the South African Communist Party (SACP) and he is now the target of the revolution.

Well known, high profile leaders, like Senior Vice-President of the South African Council of Churches (SACC), Frank Chikane, Anglican Archbishop Thabo Makgoba and even the Vice Chancellor of the University of Cape Town (UCT), Max Price, support the protests. Maybe it is because their own children take part in it. All three have sons who have been arrested.

News24 writes that the son of the UCT VC was arrested. IOL-news reports about the sons of Makgoba and Chikane and especially about the reaction of Makgoba:

Anglican Archbishop of Cape Town Thabo Makgoba broke down on Thursday as he reacted to his son’s arrest during the student protest at Parliament against university fee increases.

On his his blog Thabo Makgoba says:

I appeal to Bishops and parishioners in all our dioceses to support students and staff at tertiary institutions, and to pray for an amicable resolution to the crisis. Apart from holding prayer vigils, I appeal to our churches to give practical help to students in distress.

I also find a statement from church leaders on this blog. The link is here. I am sorry that I don’t see the preseiding bishop of ELCSA as one of the signatories, although there are two other Lutherans. One from ELCSA (N-T) and one from LUCSA.

Late yesterday afternoon, President Zuma informed the country that the fees will stay the same for 2016. How the government will compensate the universities is not clear. But the students take this as a victory.

If this will lead to a system with free tertiary education is still to be seen. That would, I believe, definitely be a step in the right direction.

Writing as a way of thinking

Posted by Anders Göranzon at 17:26 No comments:

Pilgrimage of Justice and Peace

One of the questions to Professor Isabel Phiri, from the World Council of Churches, was about leaving or rather dropping the weapons on the Pilgrimage of Justice and Peace. Should one do that temporarily or permanently? Prof Phiri answered:

Pilgrimage is about transformation. You are not the same at the end of the pilgrimage.

This conversation took place at a Theological Café at the School of Religion, Philosophy and Classics at the University of  KwaZulu-Natal, Pietermaritzburg, South Africa. Guest speaker was the former Head of School, Isabel Phiri, who is now Associate General Secretary of the World Council of Churches (WCC).

She was welcomed by Professor Roderick Hewitt but also by the present Head of School, Professor Jannie Smit. The Question and Answer slot was chaired by Dr Lilian Siwila. The topic of the presentation was:

She started with a brief background. The WCC was formed in 1948 and the aim was for churches to live together (or stay together, as it was put). At the 10th General Assembly in Busan, Republic of Korea, the phrase was coined:

We intend to move together!

Thus a pilgrimage. Starting in 2013 and going on, at least until the next General Assembly in 2021. A pilgrimage open to member churches, partners but also to all people of good will. A Pilgrimage for Justice and Peace.

One important aspect was the built in conflict between Justice and Peace. According to Prof Phiri many people do not think that they can be combined. You have to choose. The calling of the ecumenical movement is to let

Justice and Peace kiss each other (Psalm 85:10)

Therefore the image of a pilgrimage is helpful. On a pilgrimage you travel lights. Hence you have to leave some of your burdens. Things that wears you down. The ecumenical movement therefore needs to drop some of their conflicts. Or weapons, if we put it like that. Issues that divide us. Knowing that we all share in the brokenness of this world.

This is of course easy to say. But how do we do it? And what do we focus on? In this global pilgrimage there are eight focus areas. Eight countries, where there is brokenness specifically. The Korean peninsula, Syria, Iraq, Palestine/Israel, DRC, South Sudan, and Nigeria.

There will also be some milestones. In 2015 there is a focus on Climate Justice. People in Europe are literally making a pilgrimage to the COP21 in Paris. In Africa youth are making a similar pilgrimage – but on bicycles – to Nairobi. In 2016 the focus will be on the Middle East and especially the Christian Presence in the region. In 2017 the focus will be on Africa.

The Pilgirmage for Justice and Peace is the framework for all the work within the WCC this period.

Posted by Anders Göranzon at 18:09 No comments:

Posted by Anders Göranzon at 11:52 No comments:

Right now I am back in South Africa. Back in Pietermaritzburg. Back at the Lutheran Theological Institute and the School of Religion, Philosophy and Classics at the University of KwaZulu-Natal.

On Saturday I arrived together with four students from the Church of Sweden Institute for Pastoral Education. They are here on a kind of internship. They are all doing their final year. One will become a Parish Educator, one is training to become a Deacon and two will be Pastors.

Today we joined a group from the University on a field visit to Vulindlela. It is an area west of Pietermaritzburg. An organisation called CAPRISA has a research site there. The acronym CAPRISA means: Centre for the Aids Programme of Research in South Africa. It is supported by UNAIDS and really an impressing initiative. The trip was organised by CHART. Collaborative for HIV and AIDS, Religion and Theology. 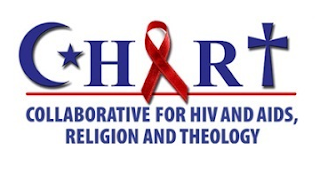 The organisation carries out pharmaceutical trials, partner with a number of clinics, run projects for youth, offer counselling and testing etc. They also cooperate with the community and look at a number of reasons why the HIV infection rate is exceptionally high in this area. About 40% of the population are infected with HIV. And new people get affected all the time. Not only here, but in the whole world! Every day there are 6 000 new infections in the world. 4 000 of those are in sub-Saharan Africa. This according to UNAIDS. The HIV pandemic is not over.

What I found both interesting and disappointing was the information that many young women in Vulindlela have inflammation in their genitalia. The reason is the idea that men like their vaginas to be dry. So with different herbs and other methods they try to achieve this and this of course damage their bodies. With inflammation it is much easier for the virus to get into the woman’s system and she becomes infected.

So, the spread has to do with gender roles, lack of information and a number of other things.

I had a nice conversation with one of the staff members. Ulenta. She gives support to the clinics in the area. There are about 90 000 people living in Vulindlela, so there are a number of clinics. They are often understaffed but with proper routines and systems in place they can do their work much better.

CAPRISA is doing a great job. To save lives. To empower people to live better lives.

Posted by Anders Göranzon at 22:00 No comments:

Posted by Anders Göranzon at 10:07 No comments: