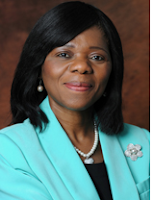 Through radio, TV and web based newspapers I get a picture that South Africa has a very courageous Public Protector. Of course I am speaking under correction. I don’t have the in depth knowledge. Anyhow, she has managed to make some leaders in the ANC (the ruling party) nervous and I think that is an achievement in itself. Today, in Radio, I heard her speak out about the former minister Dina Pule, who was sacked by President Zuma in July. According to Madonsela she had lied to the parliament and should apologize. One can read about this in the EyewitnessNews.

But more interesting is the way she stands firm in relation to Nkandlagate. Some ANC leaders are accusing her for having leaked the report but she hits back and says that maybe the ministers, who got a pre-view of the report, have leaked it. News 24 has more.

Personally I think she is a great person. South Africa needs leaders like her. She is protecting South Africa from corruption. She is the Public Protector!

Posted by Anders Göranzon at 14:48

Hope to read about The pass away of president Mandela om your blog from your point of view!